Herman Cain, successful business leader and national voice, was a testament to the Purdue spirit.

Cain, who earned a bachelor’s degree in mathematics from Morehouse College in 1967, earned his master’s degree in computer science from Purdue University in 1971 while also working for the Department of the Navy as a mathematician. In 2004, Purdue presented Cain with an honorary doctorate to recognize his accomplished career.

A lifelong advocate of pursuing success through hard work and persistence, Cain has credited his time at Purdue as a challenge that set him up for future success.

“It was not easy. It was rigorous. I never worked harder before in my life in any academic setting. It really challenged me in getting this degree,” Cain said in a 2015 interview with the Journal & Courier.

Cain guided multiple companies to success. In 1980, by then an experienced business analyst and corporate leader, he left an executive position with The Pillsbury Co. to develop a small, underdeveloped branch of its Burger King division. Starting nearly from scratch, Cain came to manage over 400 locations throughout the Philadelphia region within nine months.

Cain certainly lived by the Purdue tradition to build “one brick higher.”

This achievement paled in comparison to his success in developing Pillsbury’s Godfather’s Pizza division. Taking over as president in 1986, Cain guided the floundering subsidiary to profitability in just over a year, eventually leading the business in its buyout from Pillsbury in 1988.

As chairman (and later CEO and president) of the National Restaurant Association, Cain gained a reputation for speaking on health care, taxation and employment policies affecting the restaurant industry. In 1996, he became a senior advisor for the Dole-Kemp presidential campaign.

Renowned businessman, Cain was also an accomplished author, writing or contributing to more than a dozen books on business and politics. In his first, “Leadership is Common Sense,” Cain says strong leaders can earn success by finding ways to motivate and inspire the people around them.

As a public voice and politician, Cain traveled the nation delivering keynotes promoting leadership, personal growth and changes to public policy. During a visit to Purdue in 2011, shortly after announcing his campaign for presidency, Cain spoke on public spending and policy.

Cain returned to campus in 2015, encouraging Boilermakers to maintain faith in the American dream and to work as hard as necessary to achieve their dreams.

“You might have to work a little harder and work a little longer, but if you believe it can happen, it will happen,” Cain said at his 2015 campus visit.

Herman Cain died in July 2020 at the age of 74. He is survived by his wife, Gloria, two adult children and four grandchildren. 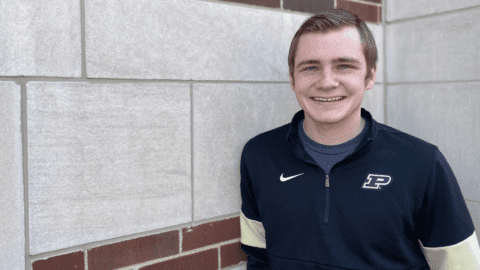 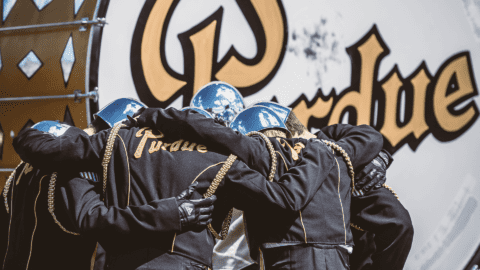 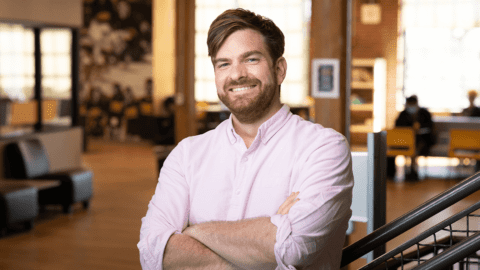 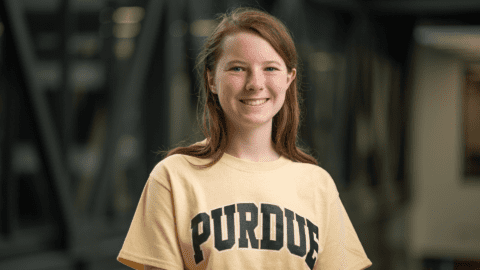 Graduating ahead of her class