Morgan Torres joined the military at 17, thrived as a student at Purdue and is returning to make a difference at the Veterans Success Center.

For Purdue University alumna and U.S. Army Reserve Sergeant Morgan Torres, each moment of life fills her with a sense of purpose. She grew up in Monticello, Indiana, and has devoted her life to service in all forms, from community to country.

Torres now finds herself at significant moment of alignment of her personal and professional values. She recently returned to Purdue in a professional capacity at Purdue’s Veterans Success Center, one of the places she found support and opportunities to serve as a student and member of the U.S. Army Reserve.

Through her role as assistant director, Torres is able to focus on what matters to her, both in her work and in her life. But that alignment of principles and occupation didn’t come without years of persistence.

Though family instilled in her the value of hard work and togetherness, Torres’ true realization of what matters happened when she left behind everything she knew.

The summer before her senior year of high school, Torres left her hometown of Monticello for basic training.

While the typical high school senior is soaking in their final days of school and wondering what might come next, Torres was bouncing back from 12 weeks of physically and mentally challenging 18-hour days. She took that resharpened drive and funneled it into her studies and extracurricular activities.

“There is just something about boot camp,” Torres says. “It doesn’t matter who you are with, how old they are, where they are coming from. You are working with all sorts of ages, walks of life, races, all different kinds of people and ways of thinking. It is such a valuable tool in life to be able to say, ‘OK, let’s figure out our talents, let’s put our heads together and let’s get the mission done.”

After she graduated from high school, Torres left again for Advanced Individual Training, known as AIT, in Missouri to prepare for her role as a motor transporter in the Army Reserve.

“I left for Missouri to learn how to drive military vehicles. At the same time, I was navigating the college admission process at Purdue – getting in, getting registered,” Torres says. She didn’t have her parents to turn to; neither of them went to college.

“I had to shift focus big time, and I had a moment of panic,” she says. “But somehow, I had been enrolled in a vet-to-vet program. I had someone from Purdue call me on the day I graduated (from AIT). There is a photo of me sitting on my duffel bag full of all the things I lived off for the last month, on the phone with Jacob Young from the Purdue Veterans Success Center. He walked me through everything – ‘This is how you file for your GI Bill. This is how financial aid works. This is how everything works. We will see you on our veteran tour day.’”

Torres says it was an excellent example of what veterans mean when they say, “We take care of our own.” She says, “It was a moment of, ‘Someone is speaking my language, and I really need that right now. Somebody’s got my back.’’

Torres thrived at Purdue as she pursued her bachelor’s degree in political science and sociology. She seized every opportunity to serve that came her way and spent two years as the first female president of the Purdue Student Veteran Organization.

“PSVO was a place of rest. It was full of like-minded people,” she says. “It was an opportunity for me to develop in a leadership and service capacity.”

Some of Torres’ favorite service projects included feeding homeless veterans, providing transitional housing for homeless veterans and helping organize military career fairs. She also assisted PSVO in identifying and celebrating professors who go above and beyond for their military-connected students.

Both the Purdue Student Veteran Organization and the Veterans Success Center serve a diverse group of military- and Purdue-connected individuals.

“We serve spouses of military families. We serve veterans who are out of the military and trying to navigate normal life. We serve students who are doing both school and service. And we also serve active-duty military who are given orders to come to Purdue, for example, to study nuclear engineering,” she says. “We serve a wide variety of people who have completely different stories. The one thing that connects us all is a passion for service.”

I loved being among people who were going through the same challenges and struggles and navigating the same things. It was a place that understood both lives that we live.

After graduating from Purdue, Torres took her passion for service to the Indiana Senate, where she served as a legislative assistant.

“I went into politics because I recognized the need for leadership among decision-makers. I wanted to learn about the legislative process – how laws are made and implemented,” she says.

The most challenging part of that work was not having all the answers all the time. The most exciting part? “Getting to see an idea become a bill and a bill become law. So much hard work goes into it.”

Torres credits her father for instilling that appreciation for hard work in her.

“I am no stranger to hard work,” she says. “It’s humbling and inspiring to see my dad’s work ethic throughout his life, and I am very grateful to have been raised with the values of hard work and family. Making my parents proud and recognizing their efforts and sacrifices is really important to me.”

Now, those values are guiding her back to Purdue.

“The most influential place I can be is back home among my community with the people who raised me up, giving back. And that’s the direction I’m headed,” she says.

Her next giant leap

When Torres found out she had been hired as assistant director of the Veterans Success Center, she was over the moon.

“I could not believe I would be heading back to Purdue, where I thrived as a student. Everywhere I turned, I had a coach or mentor or professor trying to help me, so I was excited to go back to such a supportive, vibrant environment,” she says.

During her two years as president of the Purdue Student Veteran Organization, Torres loved every part of her work.

“I felt like we were doing genuine good for our students and our community,” she says. “So, to be doing that in a professional capacity and being paid to do that? It’s like a dream.”

Torres started in her new role at the Veterans Success Center just before Veterans Day, the Nov. 11 holiday she describes as an opportunity to recognize all sacrifices, both big and small, made by veterans: “It’s saying thank you for doing what you did when you didn’t have to.”

From building up her community to protecting her country, Torres says she will never lose sight of what matters most.

Serving my country means everything. “I love the opportunities America gives its people. It is truly an honor to be a part of what keeps us safe. 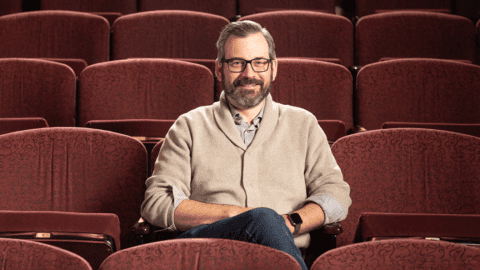 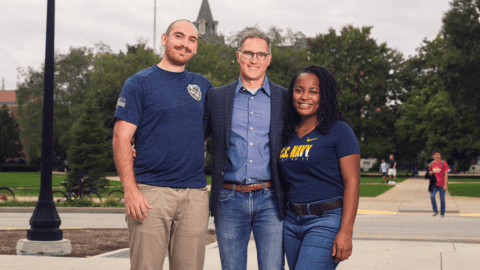 Woven into the fabric of Purdue 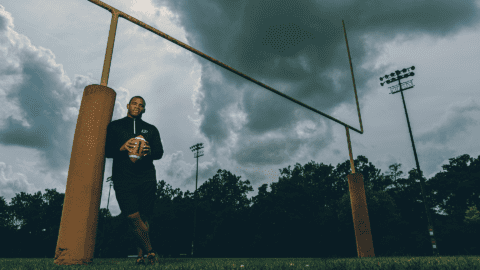