Boilermaker Miri Niedrauer didn’t grow up with access to any kind of education, so she made her own. As one of nine children, her childhood was made up mostly of working on her family’s goat dairy farm in rural east Texas and caring for her younger siblings. Occupational aspirations, dreams of having a career — …

When Kali Lacy, an electrical engineering graduate, first considered the statistics learning community at Purdue, a predecessor to The Data Mine, she hesitated.

“There were people that were like, ‘Oh, don’t do statistics — that’s way off course from your major’,” Kali reflects.

Undeterred, Kali found that the experience didn’t take her off course. Instead, it broadened her horizons — creating a sort of domino effect that empowered her to make new, sometimes unexpected connections and deepen her appreciation for her field.

But not all of the connections were academic. One of them was with roommate of three years and friend, Jess Gilbert. “I met Jess and we became really close,” says Kali. “Even though you know we’re both different majors, but we still have that common interest of data science, so our discussions often relate to that. But you know we have other common interests, like shows and stuff like that we can talk about. I was really lucky, I was really fortunate to meet Jess.”

For her part, Jess originally intended to pursue her education in mathematics when she arrived at Purdue.

“I loved math in high school and I thought, ‘Well, you know, people who work in STEM fields make a lot of money and I like math, so why not?’”

But it didn’t take long before Jess realized that perhaps she needed to consider an alternative path.

“Math gets very theoretical very fast and I don’t like that aspect of it,” Jess shares. “So, I became interested in studying statistics because that’s a more applied aspect of math.”

Jess found her way to The Data Mine — and becoming a data science major — through Mark Daniel Ward, the living learning community’s director. Jess was surprised at how quickly she found her place in Hillenbrand Hall, the home of The Data Mine on Purdue’s West Lafayette campus.

“I was in a learning community my freshman year and you see all these people in your community, but there’s still kind of that disconnect if you don’t really go out of your way to meet people,” Jess shares.

The common goals of The Data Mine, however, encourage students from all backgrounds and disciplines to work together — and in the process, build lasting connections and friendships.

“That feeling of collaboration is a big component of The Data Mine,” says Jess. Common rooms throughout Hillenbrand Hall also provide further opportunities for people to work together. “If you want, you can go in there and see who’s working on homework and see if you want to work together. Building your student network is nice. As you go through your degree, you start seeing the same people again and again in their classes, so recognizing people later on is really useful.”

Data Science for All

The Data Mine is united by more than a building, more than a common ambition — it’s driven forward through the enthusiasm, kindness and brilliance embodied by its director, Mark Daniel Ward.

Ward doesn’t see himself as a professor — more of a collaborator in the work that the students and corporate partners are engaged in.

“With The Data Mine, everything is communal,” he explains. “I haven’t given lectures since 2013. It’s not a one-way street, the learning environment we have where the professor’s standing up front and the students are listening and taking notes. Another word we use is immersion. The students are really immersed in the work.”

And this puts the onus on the students in The Data Mine to make the most of the available resources.

“He provides the resources and he gives you a short, sweet lesson,” comments Kali. “And then he lets you have that hands-on experience. If you don’t get it, you can go to office hours, but you have the resources there and he’s forcing us to use them.”

Both Kali and Jess commented on what an impact Ward’s personal approach had on them. For Kali, the fallout after the outbreak of COVID-19 put this into sharp focus. She had been participating in a study abroad in China and had to evacuate.

“Everything got messed up,” Kali reflects. “I felt like, ‘What am I going to do? You know I’m already one month behind everyone.”

On her return to the United States, however, Ward insisted that she rejoin The Data Mine, even though the semester had already started.

“If it wasn’t for that, then I wouldn’t be able to work with Rolls-Royce and have experienced that project and that partnership.”

Ward’s welcoming, open-door approach has a massive influence over the entire culture at The Data Mine.

“That environment is very open, welcoming and they always have people there to help,” says Kali.

As a TA in The Data Mine, this sort of approach was hugely influential on Kali, inspiring her to maintain the same open, welcoming attitude. “Even if we’re not on duty but still having some students come up to us and say ‘Hey, can we get help?’ No matter if you’re on duty or if you’re eating or you have someone there with you.”

Reflecting on her time in The Data Mine, Jess underscores the extent to which the program pushes students out of the traditional undergraduate college experience.

“You know generally in college classes you show up to lectures, you listen to someone talk for 50 minutes, and then you go try to do the homework on your own. And The Data Mine tries to make education a lot more collaborative and interesting and not just an obligation that you have to do to get your degree, but actually something fun and interesting.”

About The Data Mine

Data is the most valuable resource on Earth. At Purdue, we are exploring how we analyze it, how we find meaning in it — and how we use it responsibly. The Data Mine is an interdisciplinary living-learning community open to students from every college, program and major across Purdue’s campus.

Working alongside corporate industry leaders, faculty and mentors, The Data Mine prepares students to solve today’s toughest challenges while planning for the jobs of tomorrow. Ready to take your giant leap?

Learn more about The Data Mine. 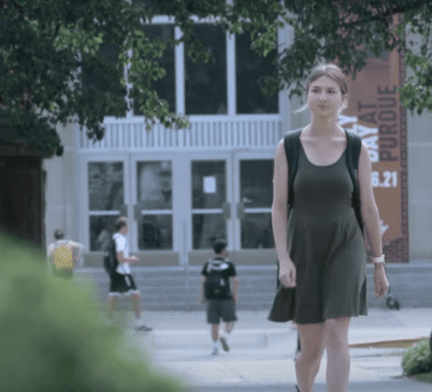 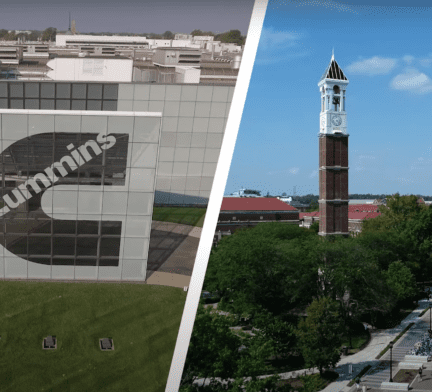 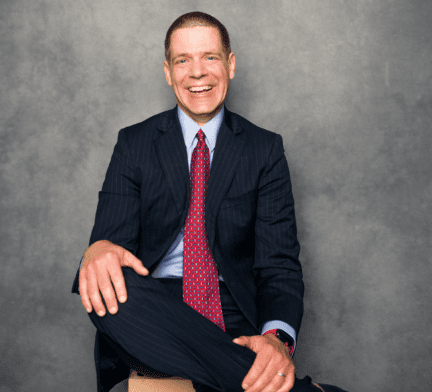 Podcast Ep. 31: The Data Mine, A Living and Learning Community | Mark Daniel Ward